Madrid, 1 March 2018 The Spanish capital’s property development company Q21 Real Estate has acquired Levitt, the pioneering development company for the premium residential sector in Spain. In this way, the company consolidates its position as one of the flagship luxury residential property companies of both the capital city and of the north-eastern and north-western areas of the Autonomous Community of Madrid.

Q21 has closed the deal to purchase Levitt together with a consortium of international funds. The acquisition of Levitt significantly strengthens the company’s presence in the prime locations of Madrid, both in terms of property sales and of its land portfolio. Garrigues and PwC have assessed the buyer in the deal.

The areas covered by Q21’s operations the city of Madrid, in addition to Boadilla Del Monte, Getafe, Móstoles and Alcalá de Henares - as well as other locations in Valencia and Andalucia. Levitt’s promotions that are already underway in Jardines del Juncal (Arroyo de la Vega), and Lazalejo (Las Rozas) can be added to these.

For the managing director of property development, Joaquín Ros, “Q21 is taking an important quantum leap by incorporating the land portfolio of Levitt, the luxury property development company with probably the best and longest track record in Spain. We are planning to use these advantages in a very skilled and selective project, which aims to make us the market leader in the Spanish residential and premium commercial property sector, with a particular emphasis on Madrid and its Autonomous Community.”

Q21 has built its reputation on its constant quest for customer satisfaction. To this end, it acquires land in the best locations and surrounds itself with the best partners and experts in each of its spheres of development activity. In this way, it brings excellence and differentiation to each of its projects.

The company’s intention is to maintain the high standards that Levitt has achieved during its history, adapting them to the innovative focus that is the trademark of the new owner. Levitt arrived in Spain in 1971 and ran its first promotion with the Monteclaro development, in Pozuelo de Alarcón.

Since then, it has run various upmarket promotional campaigns in Madrid, and maintains important land portfolios in such diverse locations as Alcobendas, Majadahonda, las Rozas and Boadilla del Monte, as well as in the northern area of the city of Madrid. 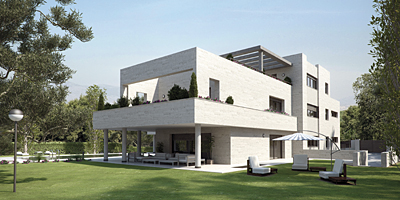 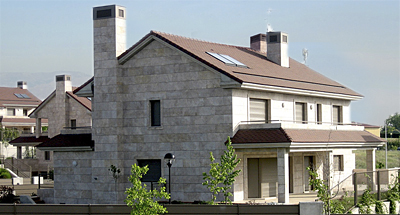